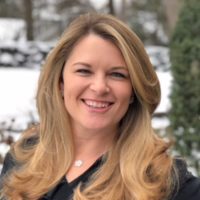 Can the same man die twice? Two different probates years apart appear to be for different men, but they are not. Research into probate records revealed more men by the same name. Each man’s identity needed to be developed to distinguish them from each other. This case study uses probate records, deeds, census records, newspapers, tax rolls, town records, newspapers, neighborhoods, and handwriting analysis to distinguish these men. Learn ways to distinguish same-named men as well as warnings of how identities can be incorrectly conflated.

Shannon Green, CG, is a genealogy researcher, writer, and educator. She started looking into her ancestry in 2010 and has been debunking family lore, overturning family traditions, and wrecking the idealized version of her family history ever since. Shannon earned the Certified Genealogist credential in 2017. Her research is primarily focused on extending her female lines. She has been published in various scholarly journals, including the National Genealogical Society Quarterly and the New York Genealogical & Biographical Record. She is a Trustee of the BCG Education Fund and she is an Instructor for Boston University’s Genealogy Principles course. She has an undergraduate degree from Duke University and an MBA from Vanderbilt University. Shannon lives in Denver, Colorado with her husband and three children.