Webinar—From the 18th to the 21st: The Records of Prohibition

Webinar—From the 18th to the 21st: The Records of Prohibition 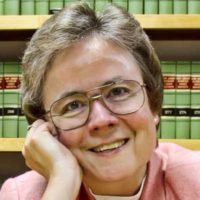 The 18th amendment took effect in January 1920 and ushered in more than a decade of Prohibition until repealed by the 21st amendment in December 1933. In those few years, so many records were created of juice joints and bootleggers, revenuers and Untouchables — producing a gold mine for researchers.

A genealogist with a law degree, Judy G. Russell is a lecturer, educator and writer who enjoys helping others understand a wide variety of genealogical issues, including the interplay between genealogy and the law. She has a bachelor’s degree in political science and journalism from George Washington University in Washington, D.C. and a law degree from Rutgers School of Law-Newark, and holds Certified Genealogist and Certified Genealogical Lecturer credentials from the Board for Certification of Genealogists where she serves as a member of the Board of Trustees. She has worked as a newspaper reporter, trade association writer, legal investigator, defense attorney, federal prosecutor, law editor and, until her retirement, was an adjunct member of the faculty at Rutgers Law School. Judy is a Colorado native with roots deep in the American south on her mother’s side and entirely in Germany on her father’s side. Visit her website at www.legalgenealogist.com.

We use cookies on this website to ensure that the site will work properly on your web browser together with improving the site’s performance. If you click "Yes, I agree," you are agreeing to our use of cookies. Yes, I agreePrivacy Policy