BCG offers Emeritus status to a certified person who has had a long and distinguished career with BCG and who is retired or semi-retired. In 2015 the Board of Trustees voted to offer this designation to Miriam Weiner. 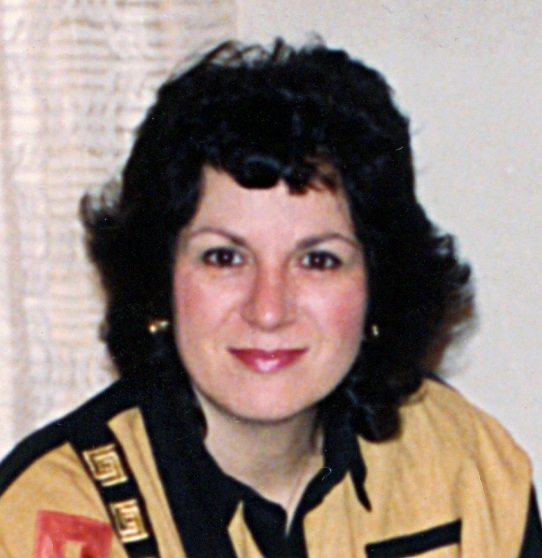 In 1985 Miriam Weiner was the first Jewish genealogist certified by BCG (no. 293). Since then she has earned the high esteem of the genealogical community. Noted rabbi, historian, and genealogist Malcolm H. Stern, FASG, considered her “the most valuable person in the field of genealogy” and “a standard bearer of all that BCG upholds.”[1] Her work centered on locating documents that had been hidden by the Iron Curtain in Eastern Europe and whose access was complicated by changing political boundaries. At a time when such a task seemed impossible, she successfully traveled to Eastern Europe, met with regional and local archivists in the Soviet Union, and brought information about their holdings to the world’s genealogical community.

In the early 1980s, when I began thinking seriously about my own family history and perhaps a career in Jewish genealogy, there were very few books on the subject, no Jewish genealogy conferences and really very little to guide me at all. I became aware of the BCG very early in this process and was very impressed by the professionalism, the experience required for certification, and the continuing education.[2]

It became clear to me that I wanted to be a part of this, and I began the certification process, resulting in the 1985 BCG certification. My thirty-year relationship with BCG included the five-year renewals where I had to submit extensive material about my work and continuing education in this growing field. The comments from the BCG renewal judges resulted in my focusing on aspects that needed attention and encouraged me to “push the envelope” in my work. With prospective research clients, the BCG certification provided a credibility and affiliation that frequently resulted in clients asking about BCG.

Working with Jewish and Eastern European records was not easy for Miriam. “At that time, there were no computers, no e-mail, and the archives were closed in the former Soviet Union.” For someone to fly to these Eastern European countries in the 1980s and create relationships with archivists for the benefit of all future Jewish-researching genealogists is a trailblazing miracle the genealogical community may never see again. Not only was the work difficult due to the politics of the time, but Miriam also faced three major hurdles of Jewish research. First, in Eastern Europe at least, Jewish families did not have last names until the late 1700s, and instead were known by their family relationships such as “Abraham the son of Jacob.” Second, family names were often changed during the immigration process. Third, and possibly the most tragic, a significant amount of vital records and archival documents were destroyed during the Holocaust. Researchers of Jewish families often have to use other documents to trace their families and be creative with their research process.

Miriam’s work in Eastern European records opened genealogical doors to many families impacted by political turmoil in the countries of Belarus, Lithuania, Moldova, Poland, Ukraine, and Romania. This research led to the publication of her books, Jewish Roots in Poland and Jewish Roots in Ukraine and Moldova.[3] She also established the Routes to Roots Foundation, Inc. a not-for-profit corporation that publishes her books and owns the Routes to Roots Foundation website with its gem, the Eastern European Archival Database. The database includes Jewish and civil records from archives in Belarus, Lithuania, Poland, Moldova, and Ukraine.

In 1989 I began an official collaboration with the state archives in Poland to produce a town-by-town inventory of archive documents (subsequently published in Jewish Roots in Poland). Shortly thereafter, I signed similar agreements with the archive director of the National Archives in Ukraine, Moldova, Belarus and Lithuania. The result of this historic collaboration resulted in my second book, Jewish Roots in Ukraine and Moldova and the Routes to Roots Foundation website. On this website, you can search the archive database by town name to see what Jewish and civil records have survived the Holocaust, the years available, and which archive has them. The website includes more than 500 pages, consisting of maps, articles by archivists and Jewish community leaders in Ukraine, Poland, Belarus, Moldova and Lithuania, and related links. There is no cost for using this website, which is sponsored by a not-for-profit foundation. I continue to update the website and databases. The above work for more than twenty-five years was not compensated, and I served as a volunteer for the Routes to Roots Foundation.

I had a commercial business wherein I offered customized individual and family tours to the “old country” and also conducted archive research in Eastern European countries on behalf of clients. I found all of the foregoing to be among the most satisfying work I had ever done—because of the archive discoveries, reuniting of clients with previously unknown family members, and the experience of “walking in the footsteps of their ancestors” as they visited their ancestral towns. I treasure my experience of helping numerous families create and pass on their own unique family histories to their descendants.

The whole focus of my life changed with this career change. I have experienced a renewed commitment to my Jewish heritage and a strengthening of my Jewish identity. I feel very strongly about the importance of documenting family history and hope others will also explore their roots.

Miriam’s thirty-year career included lecturing at a wide array of Jewish genealogical and Holocaust survivor organizations. She is the former executive director of the American Gathering of Jewish Holocaust Survivors, and she served on the advisory board of The American Red Cross Holocaust and War Victims Tracing and Information Center.

Lest you think Miriam Weiner is all about Jewish genealogy, you may also like to know that she loves mystery novels and especially the series by Janet Evanovich featuring a bounty hunter in New Jersey. The female lead is interested in two main male characters, Ranger (a dark, tough, almost stereotypical “bad boy”) and Joe Morelli (a clean-cut police detective). Through the entire series she can’t decide between the two, and readers lean one way or another. (Miriam, by the way, is pro-Ranger.) Recently she and a girlfriend took a road trip from New Jersey to Orlando, Florida, to attend a one-day conference with Evanovich.

Becoming a policewoman was Miriam’s youthful dream, but by adulthood she had reached the lofty height of five feet one inch. At the time there were strict height requirements to be a cop, and Miriam was not tall enough. Instead she became a licensed private detective learning skills that would later prove beneficial to her genealogical work.

There is no doubt that the genealogical community at large and the Jewish community specifically have benefited from Miriam’s work. She has been a trailblazer when that could have been impossible or dangerous. Her love of challenge, mystery, and heritage has served her career well, and her level of commitment will be difficult to match. Miriam is “still in denial” about retiring from this field but is now looking forward to researching her own family again.