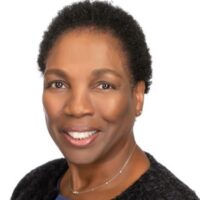 Genealogical proof requires the conduct of reasonably exhaustive research. The thorough research required by the Genealogical Proof Standard should not be undertaken in a haphazard manner. This webinar provides useful tips on developing an effective research plan, including the importance of crafting a focused research question and prioritizing potentially relevant sources.

LaBrenda Garrett-Nelson was elected as a trustee of the Board for Certification of Genealogists (BCG) in 2016 and currently serves as President. She enjoyed a 35-year career as a tax lawyer before her 2013 retirement as a partner from the big four accounting firm of EY. She is most proud of her service on the staff of the bipartisan, bicameral, Joint Committee on Taxation of the U.S. Congress where she helped to craft the historical Tax Reform Act of 1986. LaBrenda is now a full-time genealogist focused on teaching and writing. Her research centers on African American families that survived American slavery, primarily in the Carolinas. LaBrenda has published in the National Genealogical Society Quarterly, among other publications, and in 2016 she published a guide for researching African Americans in her home county in South Carolina, a book that was hailed in the Atlanta Journal Constitution’s long-running genealogy column as an important model for all counties of South Carolina and other states. LaBrenda earned a BA from John Jay College of Criminal Justice, City University of New York, and both a Law degree and a Master of Laws degree from New York University. LaBrenda is the Registrar General for the Sons and Daughters of the United States Middle Passage, a national lineage society that honors ancestors who were enslaved in the United States before 1870. She completed ProGen 13 and served as the mentor of ProGen 37. LaBrenda was the SLIG Course Coordinator for the inaugural African American track, and is also on the faculty the Genealogical Institute of Pittsburgh, the Genealogical Institute on Federal Records, and the Institute of Genealogy and Historical Research.