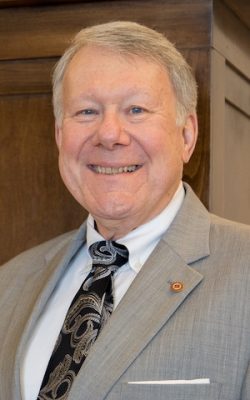 Inspired by the stories of his elders, Thomas W. Jones launched his passion for family history research at age fifteen. Midway in a thirty-year career in higher education, Jones achieved BCG certification in 1994. He earned the Certified Genealogical Lecturer credential in 2000. Since his certification, his contributions to BCG’s mission include a collaborative leadership role in the development and evolution of genealogical standards, education of thousands of genealogists, and a body of literature considered essential reading.

Always an advocate for genealogical standards, Jones delivered a keynote address at the 2016 Association for Professional Genealogists (APG) Professional Management Conference, which jump-started the movement to create DNA-specific standards. He served on the BCG Genetic Genealogy committee tasked with drafting DNA standards and on the ad-hoc committee that incorporated public feedback.

In 2007 the American Society of Genealogists elected Jones as a fellow in recognition of his scholarly published work. APG recognized him with the Grahame T. Smallwood Jr. Award of Merit (2004) and the APG Professional Achievement Award (2011). Other honors include his election as Fellow of the National Genealogical Society (2009) and as Fellow of the Utah Genealogical Association (2009). His scholarly contributions earned him the UGA Silver Tray Award (2011). Jones continues to support the board with advice, mentoring, and leadership. He is truly deserving of the Donn Devine Award for Extraordinary Service to the Board for Certification of Genealogists.