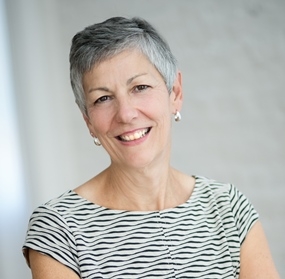 Clearly, Malissa Ruffner is, in her own words, “not shy about career shifts.”

Raised in Pennsylvania, Malissa received her bachelor of arts degree from Goucher College, and started her first career as a computer programmer for a large insurance company. After she received her law degree from the University of Maryland School of Law, she was a staff attorney at the American Civil Liberties Union of Maryland, and worked on landmark cases dealing with public education funding and racial segregation.

At the same time, Malissa worked with parents in and outside of the public school system to establish an elementary school based on experiential learning. She became its first full-time director in 1998.

Malissa followed that with a master of library science degree from the University of Maryland, working as an independent contractor serving individual and institutional clients in the areas of libraries, archives, education, and research. Later, she worked in Special Collections at the University of Maryland, and as an email reference coordinator for the Internet Public Library.

And, behind it all, was her love of family and genealogy. Mother of two and now grandmother of a soon-to-be-two-year-old, Jane, Malissa collected family documents, researched at repositories around Maryland and Washington, D.C., and added genealogy to the list of things she wanted to do “someday.”

Her father’s death in 2008 brought “someday” front and center. “I enrolled in an introductory workshop in March of 2009,” she explained, “and by the time I attended New England Historic Genealogical Society’s ‘Come Home to New England’ program in June, I was already contemplating a career shift.”

Malissa took on a project for a friend to see if researching for others was as enjoyable as investigating her own family, and found it was “just as much fun.” She completed the ProGen program (as part of ProGen 5), and, in 2010, attended the Salt Lake Institute of Genealogy, the Institute of Genealogy and Historical Research at Samford University, and the National Institute for Genealogical Research at the National Archives.

“Full immersion had begun,” she said. She followed up by getting involved with the Maryland Genealogical Society, where she is currently in her second term as an at-large board member.

Malissa’s advice to those considering certification is to “make it a high priority and tackle it in pieces. I stayed home from conferences and institutes and shied away from new commitments for a period of time. That was hard. Some applicants wait until the requirements are nearly complete before starting the clock, but I took the other path. Even though I needed an extension, the goal of submitting a successful portfolio remained at the top of my list.”

She noted that there are pros and cons to having come to genealogy later in life. “The fact that I haven’t been able to share my discoveries (both delightful and shocking) with my parents breaks my heart a little,” she noted. “On the other hand, my earlier experiences have been invaluable, and I haven’t had to worry about neglecting young children—only grown ones!”

She added that she is “in awe of genealogists who labored without the technological tools we enjoy today. Imagine typing your letter of inquiry to a distant family member or library and waiting weeks for a reply. We have so much at our fingertips: increasing availability of original records, vast opportunities for collaboration, and now DNA. And there are still good reasons to visit libraries, archives, courthouses, and cemeteries. It doesn’t get any better.”

“I am lucky to have found the perfect niche at last, in a field that is so rewarding on every level,” Malissa said. “Everyone I have met in the last five years—from genealogy ‘rock stars’ to local researchers with decades of experience—has encouraged and welcomed this new kid on the block. In particular, I want to thank Claire Bettag, CG, for keeping me afloat with her encouragement and friendship.”

Malissa and her husband, John Odell, live in Baltimore, as do their two daughters, their daughters’ husbands, and their granddaughter, Jane.