A photograph of an unknown woman inspired Lori Cook-Folger to pursue genealogy. Although the image was in a photo album, nobody in the family knew the woman’s identity. An inscription on its reverse called out to Lori: “Remember me—tho my face you cannot see.” She set out to honor the woman’s wish and finally identified her as the mother of a great aunt by marriage.

Lori’s mother frequently talked about family as Lori was growing up. “I felt like I knew people that were already dead or I had never seen,” she says. Her father, on the other hand, began telling stories of the past only after Lori was grown. He provided so many details that Lori can drive through the town in which her father was raised and point out specific places of interest. “I don’t know that people pass down the stories anymore,” she adds wistfully. “The little details about life will be lost if we don’t record them.” 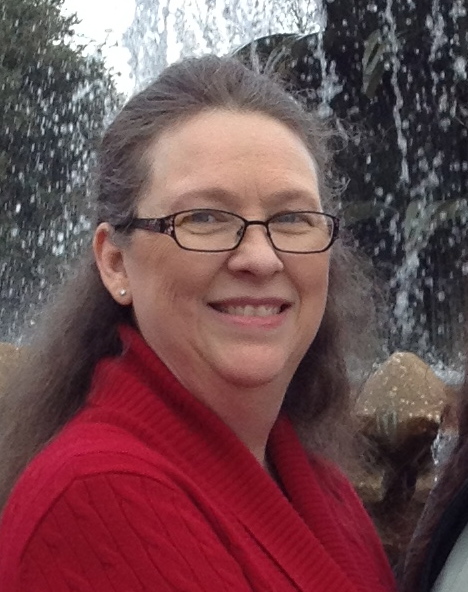 Eleven years ago Lori and her husband moved to the mountains of North Carolina, but they don’t spend much time there. Her husband’s contracting work as an aerospace electrical engineer often takes them out of state. “Most of the time I am in a hotel somewhere,” she says. Lori does have ancestors from North Carolina, but none from the part of the state in which she now lives. She has not researched much in her local area. Lori and her husband hope to purchase a second home in Charleston, South Carolina, after her husband retires. By then, she hopes to have enough research clients to provide income while still having time to enjoy life.

Attending advanced courses at institutes helped Lori prepare for certification. Her first was Elizabeth Shown Mills’s Advanced Methodology and Evidence Analysis track at the Institute for Genealogy and Historical Research in Birmingham, Alabama. “I was in awe. Several things she said on the first morning are imbedded in my head.”

Lori learned not only from doing the coursework, but also by absorbing whatever she could from conversations with instructors and classmates. She attended several certification seminars and says that “hearing tips from those already certified” eased her concerns. She credits Clarise Fleck Soper, CG, and Debbie Hooper, CG—both of whom she met through the ProGen Study Group—as being always on call to answer her questions.

While the time involved in preparing the portfolio was more than she expected, Lori feels that others “on the clock” sometimes make the process sound more difficult than it actually is. She urges applicants to read and follow instructions. “If you are truly ready, then all you have to do is follow the directions,” she encourages.

Lori finds great satisfaction in being able to prove a conclusion using the Genealogical Proof Standard. She also enjoys learning about and using DNA evidence in genealogical research. A recent Y-DNA match on her father’s Cook line has created an opening in a long-standing brick wall problem. Lori says that following that lead is one of her current priorities.

As a wife, mother of five, and grandmother to nine, Lori enjoys spending time with her family. For the past two years she, her mother, and a granddaughter have participated in a 216-mile, week-long trail ride ending in Houston. For most of the trip Lori drives the lead car as her mother and granddaughter ride horses, but on the final day she, too, is on horseback.

Although the mystery of the woman in the photo was solved long ago, Lori is still passionate about learning and recording details of the past—both for her own family and the families of others. She may be reached at lcookfolger@gmail.com.