Skillbuilding: Mills on Using the FAN Club with the GPS and DNA

Skillbuilding: Mills on Using the FAN Club with the GPS and DNA

SpringBoard, an official blogger for the 2015 NGS Family History Conference, is pleased to offer a review of this Skillbuilding lecture, presented Friday, 15 May 2015:

This lecture’s program brochure description reads, “Can you really ‘prove’ a maternal line when, for four straight generations, absolutely no document identifies a parent or sibling? This session shows you how.” And does it ever! 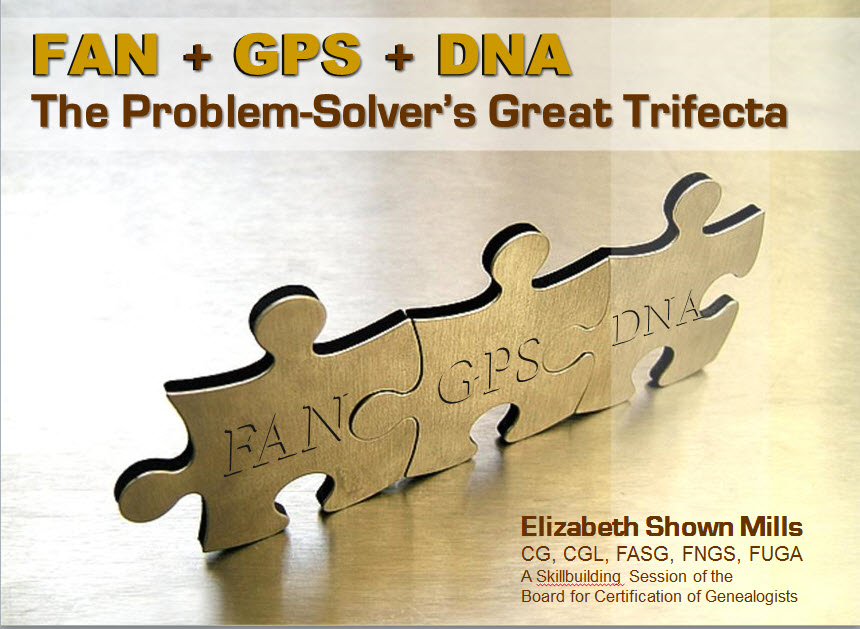 Mills begins with an explanation of the acronyms in her lecture title and their concepts:

With her audience understanding the tools, Mills builds a case using them. First she relates some of the missteps of her earlier genealogical years, such as ignoring records from those in the subject’s FAN club. Who would have thought that the key to breaking the case was an orphan’s sister’s husband’s stepmother’s sister’s father’s second wife?  Mills also gives tips for working in burned counties, such as reading every page of surviving and reconstructed records—even those for the time period after the family moved away. 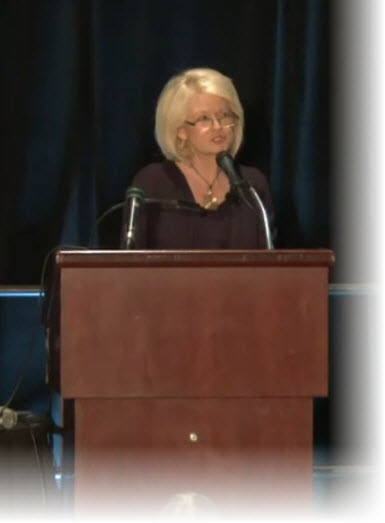 As the story of the research unfolds and the wonderful charts are presented and explained, readers of National Genealogical Society Quarterly hear a ring of familiarity. Part of Mills’s story was published there and in multiple research reports on Mills’s Historic Pathways website.[1]  The reports lay out the FAN-club research that could not be included in the published article. After years of research, only two of the four generations of Mills’s reconstruction met the GPS, in her view. At this point DNA evidence was needed.

After running tests on herself and her brother, Mills proceeded to contact all DNA and surname matches. Through her research, she identified descendants of a suspected sister in each hypothetical generation and asked each to do mitochondrial and autosomal DNA tests. The descendants matched on all defined markers. The resulting triangulation of multiple lines of descent supported the reconstructed lineage through four generations of women, even though paper research can prove only Mills’s connection to her grandmother.

In the end it took FAN + GPS + DNA to make a solid case: FAN to find the massive amounts of data; GPS to test the theories; and DNA evidence to add scientific confidence to the conclusions. Laid out in understandable terms and with the visual diagrams needed to track the research progress, Mills hit the trifecta of giving her audience an understandable case study in proof, evidence, and techniques.

In addition, this lecture is part of Track 2, “Methodology Techniques,” of the NGS On-demand Live-streaming package. It can be purchased at: http://conference.ngsgenealogy.org/, with access through 10 August 2015.