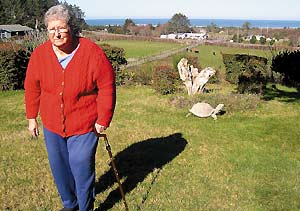 On 2 February 2015, our friend and colleague, Merrill Hill Mosher died in Coos Bay, Oregon, aged 84. She was formerly certified by the Board for Certification of Genealogists (BCG) and was founder of Donald Mosher Memorial Award for Colonial Virginia Research, administered by the BCG Education Fund.

Merrill was born and grew up near Berkeley in the San Francisco Bay Area. She had one son, Ashley Cooke Auld. On 5 January 1970 in Crescent City, California, she married the late Donald Mosher.

Beginning in 1974, Merrill was an active volunteer at the local Family History Center, serving as librarian sometime after their opening until 2000. She taught genealogical courses at Southwestern Oregon Community College and mentored many of her students. Merrill earned BCG certification on 15 May 1993, and in 1995 she received the North Carolina Genealogical Society’s award for excellence in publishing for her book, John Freeman of Norfolk County, Virginia: His Descendants in North Carolina and Virginia and Other Colonial North Carolina Freeman Families (Berwyn Heights, Md.: Heritage Books, 1994).

Beverly Rice, former BCG treasurer, writes that “Merrill was a mentor to many of us in Coos Bay (and Oregon), including Rhonda Edwards, Marcia Rice, and myself. She often lectured and taught classes. I still remember her handwriting workshops because she had us write and practice the early Virginia script, over and over. This was in my first years of research; it was a great learning experience and one I have not forgotten.” Beverly also stated that Merrill had been a competitive downhill-skier. An ankle injury led to difficulty walking later in life.

Professional to the core, Merrill was an avid supporter of BCG and the Association of Professional Genealogists (APG). She was a founding member of APG’s Oregon Chapter and served as the chapter president from 2000 to 2001. Beverly Rice recalls, “We actually had our chapter-forming meeting in her living room overlooking the Pacific Ocean.” Former BCG president Elissa Scalise Powell, CG, CGL, adds, “Merrill was a driving force in many successful certified associates’ lives. There were probably more certified people in her area at one time than in any small town. She was a wonderful representative of the BCG spirit.”

Merrill established Mosher’s Southern Research Library, located outside of Coos Bay. In 2013 she donated her personal papers to the Genealogical Forum of Oregon. 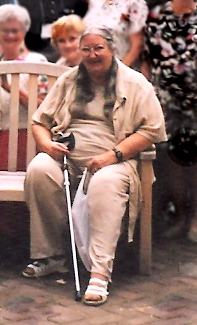 Marty Hiatt, CG, writes that Merrill attended the Virginia Genealogical Society’s summer institute, known as Virginia Institute of Genealogical Research (VIGR), once or twice, and became an instructor in her third year.

Merrill was a prolific writer and had family articles published as lead pieces in The Virginia Genealogist. She also wrote an article for that publication describing mapping errors for several Northern Neck counties. Another of her family articles was published in The South Carolina Magazine of Ancestral Research.

In 2001, in memory of her deceased husband of thirty-two years, Merrill established the Donald Mosher Memorial Award for Colonial Virginia Research. The award recognizes scholarly research on colonial Virginia topics in the categories of family genealogy, immigrant place of family origin, and publication of obscure or difficult Virginia resources. Mary McCampbell Bell, BCG Education Fund treasurer from 2002 through 2009, recalls, “It was my honor and pleasure to work with Merrill as we shared ideas on how her award could be implemented. She was extremely knowledgeable about Virginia, and we shared a mutual love of colonial Virginia research. Her vision for the Mosher Award was to encourage people to look for and publish little-known Virginia records.”