Webinar—The Time of Cholera: A Case Study about Historical Context

Webinar—The Time of Cholera: A Case Study about Historical Context 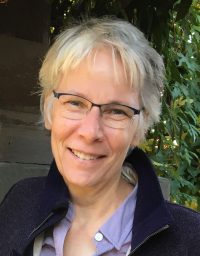 London’s cholera epidemic of 1854 is best known as the story of Dr. John Snow, the Broad Street water pump and a map. But who were the people who died? This session describes the discoveries made when a genealogist whose ancestor died in the epidemic set out to identify the forgotten victims.

Alison Hare of Ottawa, Ontario, has spent 30 years researching her ancestry in Canada, England, Ireland, Scotland and the United States. She is a former trustee of the Board for Certification of Genealogists, a recipient of the board’s Donn Devine award for exemplary service, and has held BCG’s Certified Genealogist credential since 1999. She has presented her always well-received cholera lecture in Ottawa and Toronto and at several National Genealogical Society conferences in the U.S.