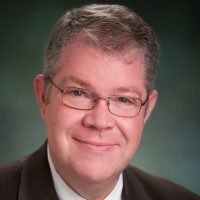 See the Genealogical Proof Standard applied to research on both sides of the Atlantic to prove the identity of an immigrant not found where she is supposed to be and whose name is anything but certain.

F. Warren Bittner, CG®, is a genealogical researcher and lecturer, with thirty years of research experience. He holds a Master of Science degree in history from Utah State University, and a Bachelors of Science degree in Business from Brigham Young University. His master’s thesis looked at the social factors affecting illegitimacy in nineteenth-century Bavaria. He is fluent in Mandarin Chinese, and in 1989-1990 he studied Chinese at a graduate level at the Inter-University Program for Chinese Language Studies in Taipei, Taiwan, R.O.C.

He is the owner of Ancestors Lost and Found, a small genealogical research firm. For six years he was the German Collection Manager for the Family History Library in Salt Lake City, where he coordinated contracts to microfilm and index records at 102 archives in seven countries and where he planned the German book acquisitions and internet publications. Before that he worked for four years in the extraction unit of the Family History Library, where he was coordinator of third-party indexing projects and where he developed and trained volunteers in Spanish indexing projects. He has also worked as a Reference Consultant at the Family History Library on both the U.S. and International reference counters. He has done research in more than fifty German archives and in more than forty U.S. archives and record repositories.
In 2010 he was assistant director of the Salt Lake Institute of Genealogy and he is a former member of the board of directors for Utah Genealogical Association. He made several appearances on the PBS television series, Ancestors 2. He is a member of the Association of Professional Genealogists, the New York Genealogical and Biographical Society, the National Genealogical Society, Mid-Atlantic Germanic Society, and the Palatines to America, Colorado Chapter, and the Sacrament German Society. He is married to Nancy Ruth Christensen and is the father of three children.