French Emigrants: They Were Not All Huguenots, or Nobles, or From Alsace-Lorraine

French Emigrants: They Were Not All Huguenots, or Nobles, or From Alsace-Lorraine 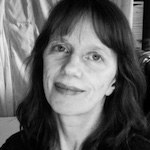 One of the great difficulties for people researching their French immigrant ancestors’ roots is that so little is known outside of France about when and why the French left their country. This dearth of knowledge has led many family historians of the nineteenth century to presume Huguenot, noble émigré or Alsace-Lorraine ancestry for any ancestor with a French name. The supposition became a family legend that then became a research frustration as more recent family historians attempt to prove what was never more than a misguided supposition.
This webinar looks at the many waves of French migration, as well as the three mentioned in the title, from the seventeenth to the twentieth centuries. The historical reasons for when, why and to where they emigrated will provide the key points to bear in mind when conducting research. The bibliography, in English and French, contains not only books and articles concerning French emigration but a list of websites to aid the researcher.

Presenter: Anne Morddel, CG, MLIS, worked in libraries and archives in her native California, Europe, South America, the Middle East and Africa. She is now based in France, where she has written The French Genealogy Blog for more than a dozen years, producing nearly one thousand posts about the many aspects of French genealogical research. Some of these posts have been published in book form, most notably, French Genealogy From Afar. She also has spent many years researching American merchant seamen in Europe. Her recently published American Merchant Seamen of the Early Nineteenth Century : a Researcher’s Guide explains how to use libraries, archives and online databases around the world to document the lives of seamen who lived in the early 1800s. She is currently writing a book about the more than 1500 American mariners who were prisoners of war in Napoleonic France.

Register for this event and view BCG’s past Legacy webinars using our affiliate
link at Legacy Family Tree Webinars: BCG.

(Note: BCG receives a commission if you register by clicking our affiliate link.)

Board for Certification of Genealogists
Email:
office@bcgcertification.org
View Organizer Website