Morrison “Toby” Webb became Certified Genealogist #1081 in November, 2016. His ancestral roots are in Massachusetts and Connecticut, and his wife’s are in Maine, so it’s no surprise his research centers on early New England. A recent move from suburban New York City to Portland, Maine, puts him in the sweet spot for his genealogy work. As a trustee of the New England Historic Genealogical Society, Toby is deeply involved in preserving and promoting genealogy and history in the region. He’s completing his term as president of a local historical society, and he hopes to become involved in Maine’s genealogy scene. 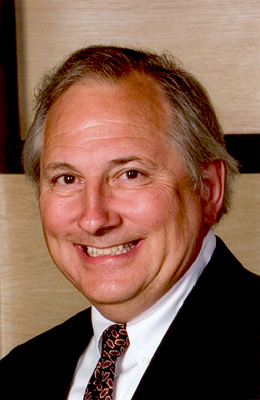 His work career provided experience relevant to genealogy. “I am a retired lawyer and business executive. My legal background is of obvious help to my genealogical research; it makes land records, tax records, and probate records far easier to understand. But the business background is helpful, too. Focus and strategic planning are business skills easily transferable to family research planning.” Previous concerns that retirement would result in a loss of community have been banished as Toby has discovered new colleagues at the Institute of Genealogy and Historical Research (IGHR), the Boston University genealogy program, a ProGen study group, and local genealogical societies. “In our study, we are blessed to have a well-linked circle of like-minded scholars.” He enjoys the historical aspect of genealogical research. “I find no better way of understanding history than by acknowledging that historic acts are nothing more than the choices of individuals trying to address the problems of life in the context of their times. Studying individuals helps me understand the greater ‘forces’ of the past.”

Toby says the process of preparing his portfolio had a positive effect on his work habits. “As I first dealt with any new source, I drafted the citation I would use later. That change in my process means both that I am certain I have gathered all the citation information I will need and that I will only have to draft the citation once.” He had a difficult time finding an example of proof by indirect evidence for his case study. He was looking for such a problem among New England Quakers, but their extensive records continually frustrated his search for missing information—a problem many of us would like to have. “I finally chose to resolve a conflict between two items of direct evidence, but one of my judges thought the conflict not significant enough to meet the case study requirement.”

Toby has advice for those considering applying for certification. “The advice given to me was crucial: do your research before you begin the application process. In addition, having carefully read the deep evaluations of my submission, I would advise that applications are taken very seriously by the reviewers and the process is not one relatively new genealogists should undertake.” He did not pursue certification to become a professional genealogist. He’s interested in writing and publishing on subjects that interest him personally.

Family historian and public health specialist Lemuel Shattuck of Boston is Toby’s genealogical hero. “He shaped the 1845 Boston census to list every person and then was called to Washington to help design the 1850 U.S. Census. Without his work, we would not have the every-name federal censuses that began in 1850.”

Recently Toby was confronted with a reality of twenty-first century research. Information in the family Bible went as far back as his third-great Webb grandfather. Toby’s careful research finally revealed that man’s parents and carried the line back to the immigrant ancestor. Then, as Toby relates the tale, “In the course of my research, I met a fifth cousin. We posed together at the grave of our shared ancestor and eventually we both had our DNA tested. His sample is consistent with most other samples in the Webb surname DNA project; mine is entirely different. Somewhere in the last five generations, I have a misattributed paternity. Finding where that was has proven to be my most interesting personal challenge.”

We wish Toby well in pursuit of that unknown lineage, and congratulate him on attaining certification.