BCG Skillbuilding at NGS 2013: Dawne Slater-Putt’s “Fail! When the Record is Wrong”

BCG Skillbuilding at NGS 2013: Dawne Slater-Putt’s “Fail! When the Record is Wrong” 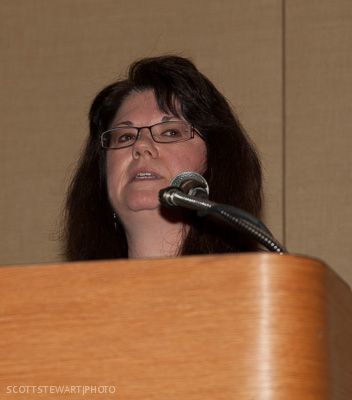 We’re always told to seek out the original record. But what if it’s WRONG? She a bouquet of interesting errors, including one where a total of four independent original records wrongly name a father. The examples mingled with general advice on reasons for errors, techniques for evaluating evidence, and how to present contradictory evidence. My favorite: “Know your ancestor as a person so as not to be blinded by incorrect evidence.” This talk had good visuals but I think it would translate well to audio if you don’t get a chance to hear it in person at another venue.

This session was recorded. During the conference you can buy it from the JAMB-INC booth in the main conference hall. After the conference, it will be available online at http://www.jamb-inc.com/category/genealogy. Look for session F301 under the heading 2013 NGS Conference/Las Vegas, NV.

Harold Henderson, CGSM, has been a professional writer since 1979, a professional genealogist since 2009, and a board-certified genealogist since June 2012. He lives and works in northwest Indiana and at midwestroots.net.  See Harold’s new work Finding Ancestors in Fort Wayne: The Genealogist’s Unofficial One-Stop Guide to the Allen County Public Library Genealogy Center, which can be downloaded as a pdf (3 Mb) from http://www.midwestroots.net/wp-content/uploads/2013/03/ACPLGC-April-2013.pdf.