Donna Newman,CG® was certified on 05 December 2016 as associate number 1082. She lives in California in the San Joaquin Valley. Her research doesn’t relate to this area, although she discovered a distant relation settled near there in 1852. Her ancestors are primarily from Georgia, the Carolinas, and Virginia.

With a Master’s in Clinical Psychology, her career is in the field of social services, working with individuals with developmental disabilities and foster children. “Work habits I developed in my job responsibilities required me to be proactive, self-directed, disciplined, and adaptable.” Great habits for a genealogist! 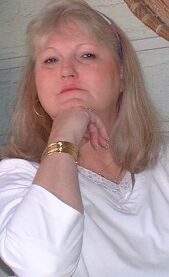 Donna thinks the best thing she did to prepare for certification was “more background research on the times and places covered in my KDP (Kinship Determination Project). Broader background research gave me an understanding of how differences between various groups migrating into post-Revolutionary War Georgia shaped those frontier settlements.”

Her Certification Journey
She found parts of the application process challenging because she was still learning to work to BCG standards. “I began to question information, such as looking at one of the early names in my family data and suddenly realizing I had no idea where her middle name came from. Not a single record I have listed a middle name or even an initial. Scrutinizing every claim, especially those so familiar we don’t really see them anymore was a benefit of going through certification.”

Her advice for those considering the certification process? “Do it! It really is an energizing and rewarding experience. It wasn’t easy to read some of the feedback, but I could not find a single criticism that wasn’t merited. I now feel an obligation to live up to the credential granted to me. ”Her first post-credential publication was a severe disappointment. Shortly after becoming credentialed, Donna had an article in a genealogical newsletter. Their software did not accommodate citations, so without consulting her, they published without them!

“My most satisfying genealogical work was mapping the descendants of two sons and an illegitimate grandson of Love Statham, who died in Louisa County, Virginia in 1781. By the Civil War, Stathams were scattered across the southern U.S. Starting with military records from the War of 1812 through the Spanish-American War and cross-checking against a wide range of other records, I was able to place most of them and follow some lines almost to the present.“

Her ongoing challenge is finding proof that Arthur Newman was John Newman’s son for a supplemental DAR application. “There is solid indirect evidence but the direct evidence needed has been maddeningly elusive, e.g., estate settlements paid out to Arthur’s mother and siblings but not to Arthur, who administered John’s estate; a return that doesn’t specify which land was sold and deed records that offer no answers; tax records that are incomplete and inconsistent; and land that may have been in a burned county. “

A Continual Learning Experience
Donna finds genealogical research endlessly fascinating and a continual learning experience. “I want to know who my ancestors were, why they lived in the place and manner they lived, how they got there, and what they were like. There’s food for the heart as well as the head. There are ancestors I can’t quite like and ancestors I’ve followed so closely that their tragedies feel almost personal.

My wonderful parents, now deceased, instilled in me a love of family history. Being from a military family, I didn’t grow up around grandparents and cousins or know them very well, but through my parents I had a very good sense of the people we came from.

As a teen, I asked my father how he defined success and he said his own father was one of the most successful people he had ever known: William Lonnie Newman was a sharecropper most of his adult life, but his children fought over who got to remove his muddy boots when he came in from the field. Considering my own father’s amazing life and accomplishments, I can’t think of a finer tribute than that.”

Donna, neither can we. Congratulations on your accomplishment!