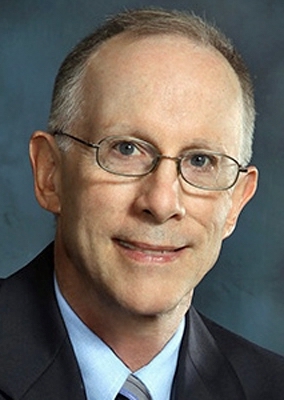 Michael Ramage, J.D., CG, has maintained his certification continuously since 2002. He was elected to serve as a BCG Trustee in 2010 and served for six years from 2010–2016. He was elected Vice President in 2012 and as treasurer in 2014, the latter being one of the most demanding executive committee positions. In 2016, he accepted the appointment to the critical post of General Counsel to the BCG. His genealogical practice focuses on the field of forensic genealogy (missing and unknown real estate, heirs in estate and trust matters, adoption, and intellectual property descendants work). He is also a qualified expert witness in the field of missing and unknown heirs. He has been a professional researcher for over 30 years. He was Vice President and Counsel (2012–2014) of the Council for the Advancement of Forensic Genealogy (CAFG) and is a senior member. He happily served as the certifying genealogist for The Colonial Society of Pennsylvania, and the Pennsylvania Society of Sons of the Revolution.

Michael has also been an active genealogical educator providing professional presentations to CAFG, Boston University, BCG skill building lectures, and for institutes such as the Genealogical Research Institute of Pittsburgh (GRIP) and Salt Lake Institute of Genealogy’s Academy (SLIG). In 2020, he became the first President of the Forensic Genealogy Special Interest Group, Association of Professional Genealogists. He is the author of “Forensic Specialization” and “Ethical Considerations” chapters in Professional Genealogy: Preparation, Practice & Standards. He has also published in professional legal journals such as “What Lawyers Need to Know about the Heir-Hunting Industry,” The Pennsylvania Lawyer (May/June 2013), and “Missing and Unknown Estate Heir Law Practice and Procedure,” The Pennsylvania Bar Association Quarterly (July 2005). He has also authored articles for OnBoard, the Association of Professional Genealogists Quarterly, and he was the Forensic Genealogy column author for FORUM magazine, Federation of Genealogical Societies (2016). Michael was a member of the Standards Manual Revision Committee for publication of Board for Certification of Genealogists®, Genealogy Standards (2014). He also served on the Genealogical Society of Pennsylvania Board of Directors, and as its Counsel (2002–2006).

As the BCG General Counsel, he has provided sage advice to the President and the Board. He has been the voice of experience steering the board clear of past difficulties. His critical efforts include mediation involving associates, contract reviews and disputes, intellectual property issues, and interpretation of the bylaws and the policy manual as those governing documents apply to a myriad of situations. To maintain attorney-client confidentiality, it is not possible to detail all of Michael’s activities in his role as General Counsel. Suffice it to say that he continues in the tradition of the General Counsel for whom this award is named, providing first class service on a pro bono basis.

Michael continues to support the board with advice, mentoring, and leadership. He is truly deserving of the Donn Devine Award for Extraordinary Service to the Board for Certification of Genealogists.

The Donn Devine Award was presented to Michael S. Ramage on 12 May 2021.